Like any region, Atlantic Canada contains multitudes. Its cultural identities are complex and cannot be pinned to one definition. Each province has a unique history, as does each “Atlantic Canadian”. The embodied pluralities that make up its population stretch out and shake up any imagined structure that tries to enforce a particular “Atlantic Canadian” identity. The development of Canada as a nation depended on the shared belief that each region had something unique to offer. But the borders of these regions are arbitrary, as is an any generalized statement saying “This is what this region represents”. The colonial construct of regionalism that settlers (like me) have been framing as “truth” is just as unstable as our individual states of being, but the enforcement of these imagined realities has major repercussions.

Exploring the many contradictory elements of present Atlantic Canadian-ness opens doors to what the region can become and is becoming. Just as the individual must accept the many internal contradictions they experience and shape them into a messy sequence of life choices, so too can the region of Atlantic Canada accept its inherent complexity. Our complexities are beautiful. The mesh of lived experiences that make up the East Coast can and should be embraced. I for one am fascinated by methods of expression that accept the intricate web of our ever-conflicted desires. When we are made to look at the pluralities in our world, we can then explore our many potential futures. When an artist shows us the dissonances in our day to day lives, the beautiful and fascinating contradictions of our present realities, paying close attention can help us actively create a better future. 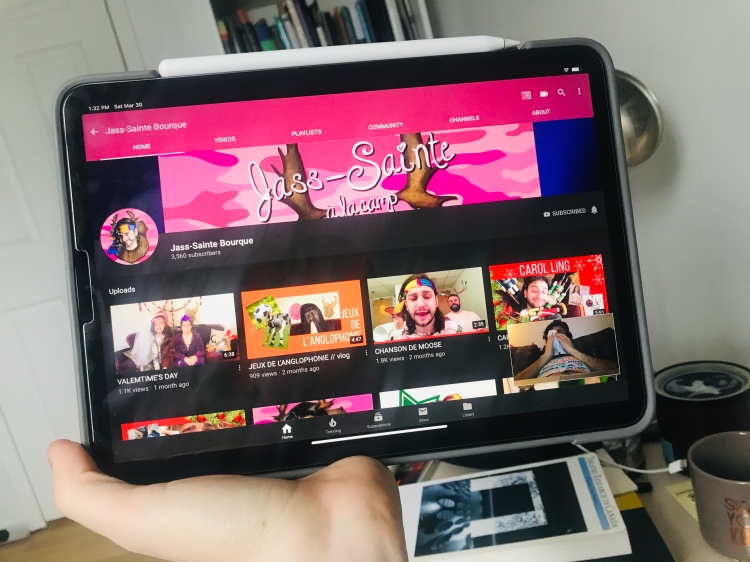 Xavier Gould explores how sexual and gender identities intersect with that which is traditionally “Acadian”. The world they create with Jass-Sainte is one where Acadian stereotypes are strong but also inverted. Xavier’s “Jass-Sainte” is a beard-donning diva who plays with gender and other power structures that enforce rigid identities. The borrowing and twisting of English that’s inherent to Chiac is exaggerated even further (“BOYCOTT L’ANGLAIS AU JEUX DE LA FRANCOPHONIE”). The stereotypes of particular cities or events are jostled and rejected, like Jass-Sainte claiming that “Saint Jean est actually un des villes le plus francophones in the world. Ils sont loyalistes, qui veut dire qu’ils sont loyal au chiac, ils sont loyal au français, ils sont loyal à tout ça” (“Jass Sainte à la camp”). Xavier is an artist to keep your eyes on. Because they’re beautiful, duh, but also because they’re infusing their queerness with their work in noteworthy ways and altering Acadian and Atlantic Canadian mentality with every new project. 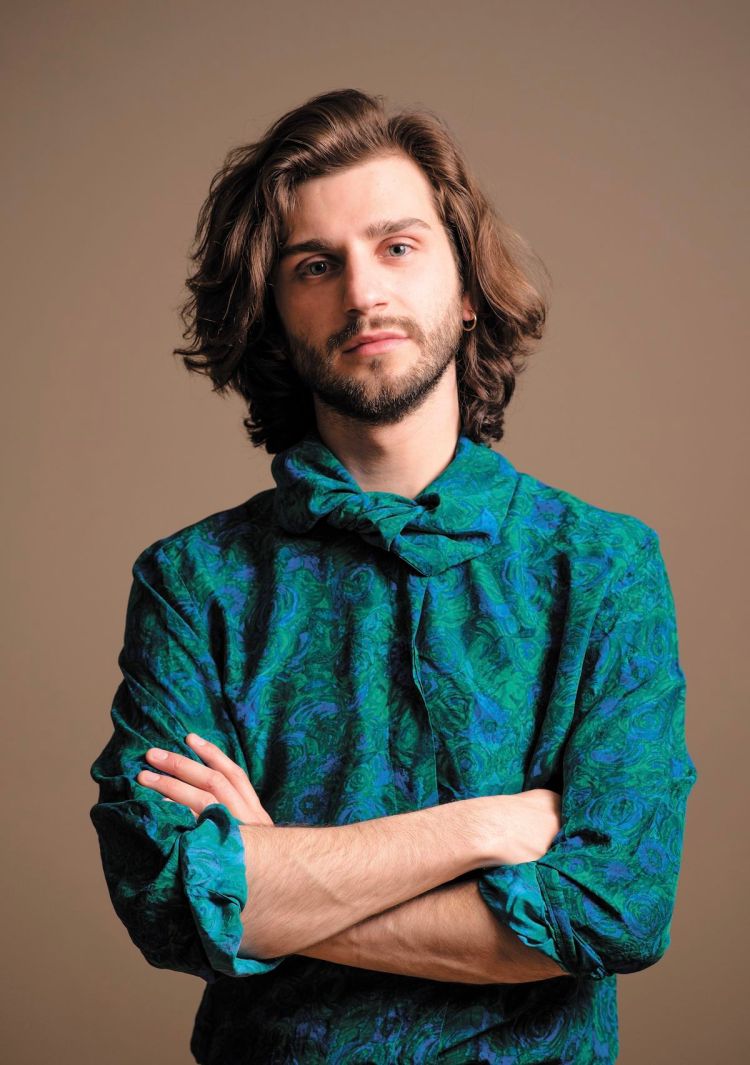 If you think a life on the East Coast is boring, you need only look at the queer creations of Xavier Gould to be proven wrong. By creating within the discomfort and ambiguity of queerness, they allow for the voices of others to be heard. Instead of working within a structure of heteronormativity/gender binary that’s comfortable for some, they accept and embrace difference and present it as a regular part of our lives. Like CBC’s Schitt’s Creek, there’s no trans/homophobia in the world of Jass-Sainte. And, since the character interacts with recognized figures in Acadian/New Brunswick communities (the Lieutenant Governor General of New Brunswick, but more importantly Lisa LeBlanc—see “EJ JOIN UN BAND // vlog”) Xavier brings their almost utopian world closer to our own. Pay attention, because this technique actively shows us how to present art that affects change. Watching Jass-Sainte on YouTube, Instagram, Facebook, and on stage allows a more inclusive Acadian/Atlantic Canadian future to play out in our imaginations. And if we can imagine it and feel it then it can exist. There’s a tide of change rising in Atlantic Canadian culture: one that could potentially lift all boats to better heights. Xavier’s playing a major role in showing us that a better future can exist now if we act on it.